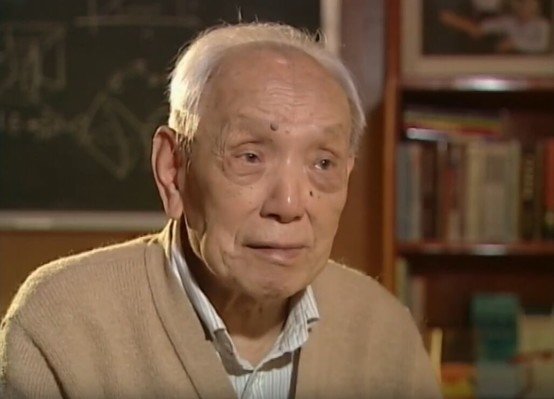 I was born in 1911 in Jiaxing, Zhejiang Province, China. I graduated from Nankai University in 1930. After graduation I spent four years (1930 - 1934) at Tsinghua University in Peiping, the first year as an assistant in the Department of Mathematics and the last three years as a graduate student. In 1934 I received the MSc degree from Tsinghua and was awarded a two-year scholarship to study abroad. I went to the University of Hamburg in Germany to study with Professor Wilhelm Blaschke and received the DSc degree in 1936. The next year I worked with Professor Elie Cartan in Paris and made progress in my studies, which affected all my scientific work.

In 1937 I was appointed a professor at Tsinghua University. Unfortunately Japanese aggression became more open that year, beginning with the Marco-Polo Bridge incident. The university was forced to move to the further interior. I became a professor of the South-West Associate University located in Kunming in southwest China.

In 1942 I received an invitation from The Institute for Advanced Study in Princeton. I was anxious to accept the invitation, but the trip from Kunming to Princeton looked formidable. At that time China and the US were allies in the war against Japan and the US was sending support to China with returning planes almost empty. So the Chinese government arranged for me a seat on an US Air Force plane from Calcutta, India to Miami, US. The trip took a week, through Africa and South America.

I was at the Institute for Advanced Study from the summer of 1943 to the fall of 1945. During this period I probably did some of my best mathematical works.

The Second World War ended, and I planned to return to Tsinghua in Peiping to teach. I arrived in Shanghai in the spring of 1946. It turned out that the Academia Sinica, the Chinese Academy of Sciences, was planning to start an institute of mathematics and I was entrusted with the job.

In 1946 - 1948 I was moving between Shanghai and Nanking (then the capital), planning and working on the new institute.

In September 1948 I unexpectedly received an invitation from Robert Oppenheimer, then the director of the Institute for Advanced Study, inviting me to visit the Institute. I accepted and went with my family. This began a long stay in the US, while tremendous changes occurred in China.

I left China on December 31, 1948 and arrived in San Francisco on January 1, 1949. In 1949 I joined the Department of Mathematics at the University of Chicago, which was under reorganization by Marshall Stone, later known as the Stone period. In 1960 I moved from Chicago to the University of California at Berkeley, where I retired in 1989.

My election to the US National Academy of Sciences was a prime factor for my US citizenship. In 1960 I was tipped about the possibility of an academy membership. Realizing that a citizenship was necessary, I applied for it. The process was slowed because of my association to Oppenheimer. As a consequence I became a US citizen about a month before my election to academy membership.

The US Natural Science Foundation set up the first mathematical research institute to be named MSRI (Mathematical Sciences Research Institute) and I was appointed its first director. This position lasted till 1985, in which year I became the director of the Institute of Mathematics at my alma mater, Nankai University in Tianjin, People's Republic of China. I became director emeritus in 1993.

I have been honored by many national academies in the world, as members or foreign members. Among them are the following:

I have also received honorary doctoral degrees from the following universities:

The following prizes have been awarded to me:

In my education and career I owe a deep gratitude both to my native country and my adopted country. It is my earnest hope that the friendship of the two peoples will last forever.