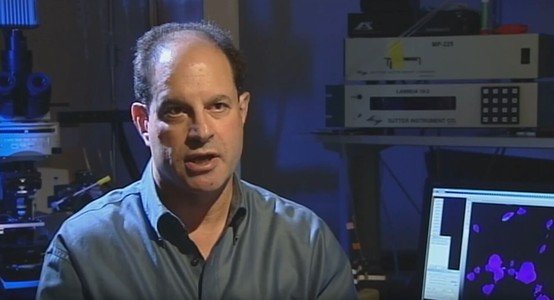 I was born in 1955 and grew up in Brighton Beach, a section of Brooklyn best known for its proximity to Coney Island. My grandparents were among a wave of immigrants who left Eastern Europe in the early 1900s to make a better life for themselves in this residential seaside neighborhood of New York City. My father, an electrical engineer, and my mother, an elementary school teacher, obtained their college degrees from the City University of New York, and all three of their sons knew from an early age that learning and higher education were part of our life plan.

I attended Abraham Lincoln High, which boasts a number of illustrious alums in the arts and sciences, including Arthur Miller, Mel Brooks, Arthur Kornberg, and Paul Berg, to name a few. There, I had a superb and entertaining teacher named Herb Isaacson, a former minor league baseball player, who showed us how math and physics could be put to good use by solving ‘relevant’ problems, such as determining the equation of motion of a baseball. It was at this point that I considered a career in science.

After high school, I shipped off to MIT, where I grew to appreciate its quirky intellectual atmosphere and abundant opportunities for hands-on laboratory experience. In my junior year, I was fortunate to find an apprenticeship with Alexander Rich, one of the great figures in the study of biological macromolecules. Alex’s lab was a creative, freewheeling, and messy place, dispelling any ideas I might have had about labs being stark and sterile environments reserved for quiet personalities and dispassionate experimentation. Rather, I learned that curiosity, persistence, hard work, luck, humor, and vigorous discussion are essential elements of the scientific process. I contributed to a project in which chemically modified transfer RNAs were used to probe mechanisms of amino acid attachment during ribosomal protein synthesis. I realized that I was driven to solve problems, and that I derived great satisfaction from bench work. I also published my first paper, providing tangible evidence that I might actually succeed in this profession.

The next bit of good luck came with my acceptance to the graduate program at UC Berkeley. My thesis advisors, Jeremy Thorner and Randy Schekman, were young, intense, and imaginative, and I couldn’t have chosen better mentors or a more exciting time to join their labs. Jeremy and Randy exploited yeast genetics to study cell signaling and protein secretion, respectively. I worked on a project at the interface, namely, determining how a peptide mating pheromone called alpha-factor is produced and secreted by yeast. This culminated in the discovery of the KEX2 pro-protein convertase, the defining member of a family of subtilisin-like proteases that cleave polypeptide precursors at paired basic amino acids to liberate bioactive hormones. This was an exhilarating phase of my career, during which time I learned to appreciate the synergistic power of molecular genetics and biochemistry in pursuit of molecules and mechanisms governing metazoan physiology.

Having studied peptide hormone biosynthesis, I became interested in understanding how hormones and neurotransmitters mediate their actions. Reflecting Berkeley history, I was also curious to know how ergots and related hallucinogens alter sensory and cognitive states. Thus began my fascination with neuropharmacology, natural products, and membrane receptors. To explore these questions, I joined Richard Axel’s laboratory at Columbia University in the winter of 1984. Richard, already a tall figure in molecular biology circles, had begun to train his sights on the nervous system. Projects in the lab were biologically diverse, but technically related in that they sought to clone genes defining a cell type or physiological process – an approach that fit my goal to a tee. I set my sights on identifying a gene encoding a serotonin receptor, hoping that this would clarify the genetic basis of receptor subtype diversity and enhance our understanding of neuropsychiatric disorders. After many false starts, I finally achieved my goal by cloning the 5-HT1c receptor from rat brain using a function-based screening strategy. My experience in Richard’s lab continues to influence my work, as evidenced by our extensive application of expression cloning and other somatic cell genetic methods.

In 1989, I joined UC San Francisco as an Assistant Professor, where my group continues to address basic questions in neuropharmacology and neurophysiology. We are especially interested in sensory signaling and pain mechanisms. The Eureka moment came when we cloned the receptor for capsaicin (the pungent agent in ‘hot’ chili peppers) and demonstrated that this same receptor is also a thermosensitive ion channel that enables sensory nerve fibers to detect noxious heat. These and subsequent discoveries have highlighted roles for TRP ion channels in acute and chronic pain.

Joining the UCSF community has had many wonderful outcomes, not least of which was meeting my wife, Holly Ingraham, also a scientist and member of the faculty. Together with our son, Philip, we enjoy living in the beautiful Bay Area.