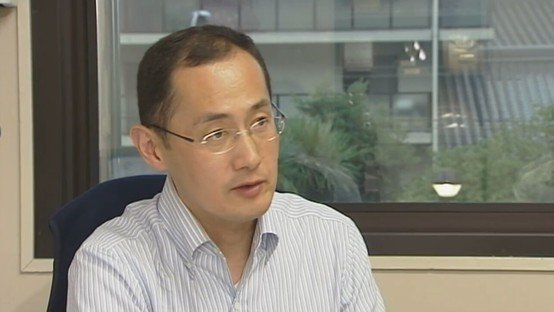 I was born on September 4, 1962 in Osaka, Japan. I used to practice Judo until high school. Every time I got injured, I went to see a doctor - and to be a doctor was my intended future goal. I was assigned my MD from Kobe University in 1987 and my PhD from Osaka City University in 1993. From 1987 to 1989 I was a trainee doctor at the National Osaka Hospital. I had a patient who was suffering from rheumatism. I thought I had to research how to cure the seriously ill, like those with rheumatism. To do that, I had to start from basic research. I was a postdoctoral fellow in the Gladstone Institute of Cardiovascular Disease in San Francisco from 1993 to 1996. During my stay in the US, I fortuitously found a certain gene, which related to Embryonic Stem (ES) cells. I returned to Osaka City University Medical School to take an assistant professor position in 1996, and became an associate professor at Nara Institute of Science and Technology in 1999, and a professor in 2003. In 1998, human ES cells were established by a US researcher and that led me to study ES cell and pluripotency-related research more. I became a professor at Kyoto University in 2004. Afterward, I was assigned as a visiting scientist at the Gladstone Institute in 2007. In 2008, I became Director of Center for iPS Cell Research and Application (CiRA), and also a member of the International Society of Stem Cell Research (ISSCR) Board of Directors.

Owing to its ability to exert self-renewal and pluripotency, ES cell has been recognized as suitable sources for cell transplantation therapy for incurable disorders. There have been two major issues: ethical controversy on manipulation of human embryo and possible immune rejection after the transplantation. Finding the means to generate patient-specific pluripotent cells may be one of the solutions. So far, successful nuclear transfers from somatic cell into oocyte, and cell fusion between somatic with ES cell have been reported. However, they still remain ethically problematic for usage of human embryo. Alternatively, these achievements indicate that ES cell and oocyte possess pluripotency–inducing factors.

Before I started exploring a new method to gain patient-specific pluripotent cell, I made a hypothesis that most of pluripotency-inducing factors might also be essential to pluripotency-maintaining factors. During the first phase, I identified several genes expressed specifically in ES cell, utilizing Expressed Sequence Tag database. On the experimental basis, I named newly shown genes as ES cell associated transcripts (ECAT). By thoroughly analyzing ECATs by biochemical and cell biological approaches as well as conducting numerous experiments with knockout mice, my lab members finally concluded the results that ECAT4 (Nanog) is an indispensable factor in maintaining pluripotency (Cell, 2003) and ECAT5 (ERas) is a factor to expedite self-renewal activity in cells (Nature 2003).

Then, I selected 24 highly promising factors - some function in pluripotency and some specifically expressed in ES cells - as candidates for pluripotency-inducing factors, and followed their thorough evaluation. When each candidate factor is introduced one by one into mouse fibroblasts, pluripotency was not induced. While all the 24 factors were introduced altogether, cells with pluripotency were obtained. Among myriad ways of combination of factors, our lab members finally figured out that the four defined factors; Oct3/4, Sox2, Klf4 and c-Myc are crucial pluripotency-inducing factors (Cell, 2006). Retrovirus vector was used to ferry the combined four factors into mouse fibroblasts culture, which finally led to the generation of iPS cells. iPS cells were able to be cultured for a long period of time, possessing very similar features as ES cells in shape and proliferating ability. iPS cells exhibited capability of self-renewal and differentiation into various tissue cells including nerves, cartilages, muscles, etc. Then, I found pluripotency in mouse iPS cells, which were then proved to be tantamount to ES cells (Nature 2007). Moreover, we successfully established iPS cells without using a proto-oncogene, c-Myc (Nature Biotechnology, 2008). Later, we learned that generation of iPS cells from the stomach and liver cells of mouse was also successfully conducted (Science 2008). Finally, they reached the point of generating pluripotent stem cells from human fibroblasts (Cell, 2007).

Without using any single embryo or oocyte, iPS cells can be generated by introducing defined factors into cells. This breakthrough is most likely to advance the cell transplantation therapy. Furthermore, patient-specific iPS cell will also give a new avenue to future medicine by its clinical application in understanding disease mechanisms, drug screening and toxicology.

Our discovery would never have happened without ES cells and we are thankful for the pioneering of ES cells. Also, I still can't believe how lucky we were that we were able to find out the four defined factors. Overall, I truly appreciate the huge effort of my lab members.