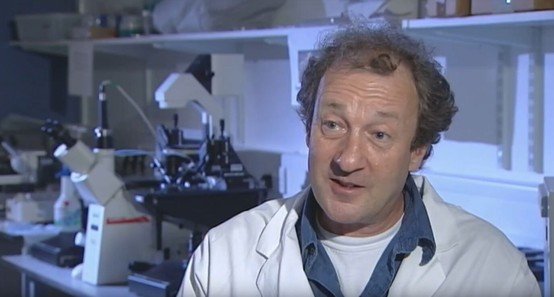 I was born on 23rd May 1954 in Birmingham, England to Marjorie Regina Campbell (née Smith) and Henry (Harry) Stockman Campbell. My mother, being of English origin thought that Henry was too harsh a name for a baby and added Keith to the family name. I am presently married to Kathryn and have two wonderful teenage daughters Claire and Lauren from a previous relationship.

At age 3 - my parents, myself and younger, only, sister moved to Perth, Scotland where I began my education. At age 8 - we moved back to Birmingham where I remained until the age of 21. Here I was educated at King Edward VI Grammar School for boys and then trained and qualified as a Medical Laboratory Technologist specialising in Medical Microbiology at Selly Oak Hospital. At age 21, I attended Queen Elizabeth College, London where I obtained a BSc in Microbiology. During these studies I initiated my interests in the cell cycle and cellular growth. Following brief locum positions, firstly as Chief Medical Laboratory Technologist in Southern Yemen and then on a programme to eradicate Dutch Elm Disease in parts of Southern England, I joined the cytogenetics group of Dr N Bishun at the Marie Curie Institute. The Marie Curie Foundation funds basic research into the underlying causes and mechanisms of cancer, as well as providing hospice and home care for cancer sufferers. Here my interests in the regulation of cellular growth and in particular differentiation increased. In 1983 I was awarded the Marie Curie Research Scholarship and moved to the University of Sussex as a postgraduate student where I studied the cytoplasmic control of nuclear behaviour during the development of amphibian eggs, early embryos and during cell growth and division in yeast; in particular, the ubiquitous nature of such factors in eucaryotic cell types. I was awarded a D.Phil. for my thesis titled “Aspects of cell cycle control in Yeast and Xenopus”. After these studies I returned to Scotland, not only to pursue my career but also because of my love of the outdoors and my keen interests in hill walking and mountain biking. Following two postdoctoral fellowships I joined the Roslin Institute in 1991 to study animal 'cloning' by nuclear transplantation. Here I applied the knowledge gained from my studies in cancer and amphibian embryos and my interests in cell specialisation to studies on nuclear equivalence in mammals. At this time it was known that the majority of cells within an adult contain an intact genome; however, many scientists were sceptical that the nuclei of such cells could be reprogrammed to control development. Stubbornly, I always believed that such technology was possible and in 1995 these studies led to the birth of 'MEGAN' and 'MORAG', two Welsh Mountain lambs. These were the first mammals to be 'cloned' from cultured differentiated cells. In 1996 these experiments were repeated and extended resulting in the birth of 'DOLLY', the first mammal to be 'cloned' from an adult derived somatic cell.

In collaboration with PPL Therapeutics (a company producing human proteins in the milk of transgenic farm animals) firstly as a consultant and then as Head of Embryology, I was involved in the production of 'POLLY' the first transgenic mammal to be produced by nuclear transfer and produce a human protein. In joining PPL my aims were to accelerate the benefits of transgenic technology in the field of human medicine and to further understand the mechanisms underlying embryo development and cellular differentiation; more specifically, the development of methods for gene targeting in livestock and methods for the production of cloned pigs for Xenotransplantation. In July 1999 we were successful and produced the world's first gene targeted lambs (Cupid and Diana) followed in March 2000 by the world's first piglets cloned from somatic cells.

In November 1999, I became Professor of Animal Development at the University of Nottingham where I continue research into the basic mechanisms underlying early development and cellular differentiation; these studies provide basic knowledge on 'epigenetic' programming of nuclear and chromatin structures involved in controlling and maintaining cellular differentiation.

I believe that understanding and improving the cloning process has many applications in basic and applied research for both human medicine and agriculture. However, the major objectives of these studies are to understand epigenetic control and reprogramme differentiated cells to become stem cells, whilst avoiding the requirement for embryo production. This will allow not only development of cell based models for many studies in aging and age related diseases but also aid in the development of novel therapies for both human and veterinary applications.

I lecture regularly to both scientific and lay audiences and liaise with the press on current advances in biotechnology, giving regular interviews to the newspapers, radio and TV. I believe that public understanding of science is crucial for continued research and introduction of the benefits produced in many areas.