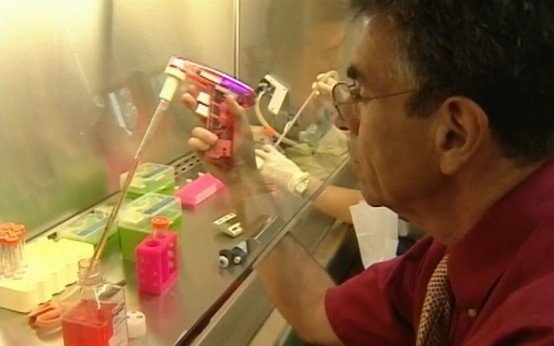 I was born in 1943, the only child of Max and Rose Lefkowitz, in the Bronx, New York City. My grandparents had immigrated to the United States from Poland in the earliest years of the Twentieth Century. My mother, an elementary school teacher, and my father, an accountant, stressed the importance of learning, and I remember reading voraciously even in elementary school. Some days I would feign illness (usually a stomach ache), to stay at home and read the many books which my parents owned. I particularly enjoyed adventure tales with a strong hero.

A strong formative influence was my family physician, who made house calls when anyone in the family was ill. He became my hero and role model, and I decided by the third grade that I wanted to be a physician like him. I attended public schools, including the well known Bronx High School of Science. Admission was by competitive examination, and the curriculum stressed mathematics and the sciences, but not to the exclusion of literature and history. I received my bachelor's degree from Columbia University, and in 1962 entered the Columbia University College of Physicians and Surgeons. I loved clinical medicine and had no aspirations to become a scientist. Upon graduation, in 1966, I did a medical internship and one year of medical residency at the Columbia Presbyterian Medical Center in New York City. My goal was to become an academic physician and teach clinical medicine.

After medical residency, in 1968, I entered the United States Public Health Service and was assigned to the National Institutes of Health in Bethesda, Maryland for two years. Here, under the direction of Jesse Roth and Ira Pastan, I began my research career. During the first year, failure was my constant companion, a new experience for me. Frustrated, I made arrangements to continue my clinical training at the Massachusetts General Hospital in Boston. However, during my second year my experiments began to work and I had my first taste of success. I developed a means of studying receptors for a peptide hormone called adrenocorticotrophic hormone (ACTH), and published my first papers.

In July of 1970 I moved to Boston to continue my residency training. However, I missed the creative challenges that the laboratory provided. So, I resumed research activities in the laboratory of Dr. Edgar Haber, while simultaneously doing a two-year cardiology fellowship, a choice that was influenced by the strong history of heart disease in my family. During this research I decided to study the "adrenergic receptors", the cellular receptors for adrenaline and noradrenaline. At the time, there was great skepticism as to whether such specific cellular binding sites for hormones and drugs even existed. I was convinced that they must, and set out to prove it.

In 1973 I joined the faculty at Duke University Medical School in Durham, North Carolina. My research program grew rapidly but I continued to spend a significant part of my time doing clinical work. However, I was drawn more and more deeply into my research and spent progressively more time in the laboratory. In 1976, I became an Investigator of the Howard Hughes Medical Institute, a position I retain to this day.

The work went well and we achieved a number of significant breakthroughs. We developed the first means of studying the receptors by using radioactively tagged "beta blockers", and succeeded in purifying them away from all other molecules in the cell. An enormous job, this occupied more than a decade of work by dozens of devoted students and fellows. By the early 1980s we had purified all four known types of adrenergic receptors.

A major breakthrough came in 1986 when, in collaboration with a team at Merck, we succeeded in cloning the gene for the β2-adrenergic receptor. Surprisingly, this revealed that the receptor bore a marked resemblance to another protein called rhodopsin, the visual pigment which enables us to perceive light. Both proteins have a characteristic arrangement in which the polypeptide chain of the receptor weaves across the plasma membrane seven times. Since these two proteins are known to transmit signals through an intermediate protein known as a G protein, they are referred to as G protein-coupled receptors (GPCRs). Immediately, we conceived the possibility that all of the dozens of GPCRs might bear a similar structure, and be members of the same gene family. We confirmed this by cloning the genes for several other adrenergic receptors and a receptor for serotonin.

Based on our early work, numerous other labs were then able to clone genes for many other GPCRs which mediate virtually all physiological responses. These seven transmembrane receptors represent the largest family of cellular receptors and the commonest target of therapeutic drugs. The elucidation of their structure facilitated the design and development of diverse classes of drugs such as adrenergic receptor blockers, antihistamines, psychotropic drugs, opioids, and many others.

I have also studied how the receptors are regulated. Continuous stimulation of GPCRs rapidly results in their "desensitization", a waning response to the stimulus. We discovered the molecular mechanisms involved and two novel classes of proteins which mediate the desensitization. These molecules are also involved in mediating some forms of signaling by the receptors. Currently, I am trying to leverage this new information to develop novel classes of pharmaceutical agents.

My research experiences are inextricably bound up with the mentoring of my students and fellows, more than 200 of whom have trained in my laboratory. Many have gone on to distinguished careers in academia and the pharmaceutical industry. My family is a source of great satisfaction and comfort. My wife, Lynn, accompanies me on many of my trips to interesting places around the world. I have five grown children and four grandchildren.