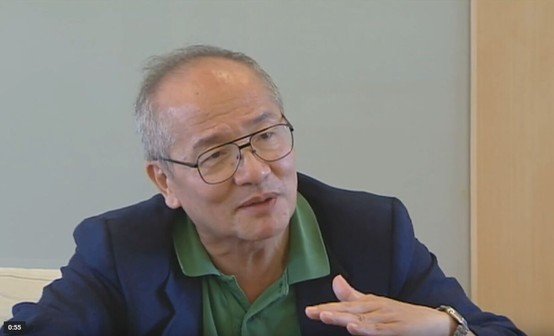 I was born in Kunming, China in 1943, the third of four children. In 1949, we emigrated to theUnited States where my father had gone for graduate study shortly after I was born. Thus, almost my entire formal education tookplace in the United States. Although I briefly flirted with the idea of becoming an artist, the launch of Sputnik in 1957 settled the issue of what I was to do in life.

When I was offered a chance to work with Professor C C Lin on a senior physics project at MIT on a novel picture of spiral structure as a density wave, I jumped at the opportunity. The crucial confrontations between theory and observations often take decades to develop in astronomy. How could one succeed in such an environment? Professor Lin’s example was crucial in forming my scientific character: one must be brutally honest with oneself to avoid getting lost in false leads; one must not fear to swim against the tide if one’s ideas and calculations are well-founded; and important problems require a commitment for the long haul, but one should be prepared to make a clean break and move on if one is no longer able to make progress.

After getting my PhD in astronomy from Harvard, I was recruited by Steve Strom for a faculty position at SUNY Stony Brook. My research interest had shifted to the interstellar medium and its connection to the large-scale pattern of massive star formation in spiral galaxies. By the time I moved to UC Berkeley in 1973, we still knew too little theoretically and observationally to make good progress. The launch of the Uhuru satellite led to the discovery of low-mass X-ray binaries. My first Berkeley graduate student, Steve Lubow, and I started to study the process of mass transfer in such systems. We wrote two papers that are still considered the definitive work on this subject. Our work on contact binaries was less well received (there is still no accepted theory of these objects), and in 1976, two of my mentors from this period, Bart Bok and Steve Strom, both encouraged me to work instead on star formation.

In 1977, I produced my paper on the inside-out, self-similar collapse of a singular isothermal sphere. This work is one of my most cited papers, perhaps because the analysis is both simple and elegant. Most workers in the field regard the model, when properly generalized to include the effects of rotation and magnetic fields, to provide a succinct description of the process by which low-mass sunlike stars form from dense condensations of gas and dust in giant molecular clouds.

The breakthrough allowed the overall problem with a huge dynamic range to be separated into two separate calculations, one that involves the collapse of a molecular cloud core to form a star plus a surrounding accretion disk, and the other that follows the internal dynamics and structure of the disk and star. By partitioning the effort in this manner, Steve Stahler, Ron Taam, and I were able, in 1980, to resolve a hot controversy between Chushiro Hayashi and Richard Larson on the physical properties of protostars.

However, this work did not provide a natural and convincing way to determine how a forming star acquired its final mass. When bipolar outflows were discovered in 1980, I got the idea that a protostar, through such a ubiquitous outflow driven by a powerful protostellar wind, determines its own mass by blowing out material that would otherwise have fallen into the central regions. Objections were raised that the observed winds and jets contained too little ionized material to provide the momentum that drives bipolar outflows. We argued that there must be a much larger background of neutral material that was not being measured in the wind. Together with my graduate students Susana Lizano, Carl Heiles, Luis Rodriguez, and a few other collaborators, we succeeded in 1988 in detecting this neutral wind.

The high speed of the neutral wind detected in the unusual combination of carbon monoxide and atomic hydrogen suggested to Susana Lizano, Steve Ruden, Joan Najita and myself that this material must be flowing from the interface of an accretion disk and a magnetized protostar. This realization led to X-wind theory. Although the theory originally had many detractors, recent observational results from the submillimeter array show that the rotation rate of jets from young stellar objects are too small to be anything other than X-winds. Additional measurements increasingly indicate that the origin of high-mass stars is, from a local view, just a scaled-up version of the birth of low-mass stars. This apparent unity is gratifying and promises to provide the crucial link between galactic spiral structure and high-mass star formation that stymied me early in my career.