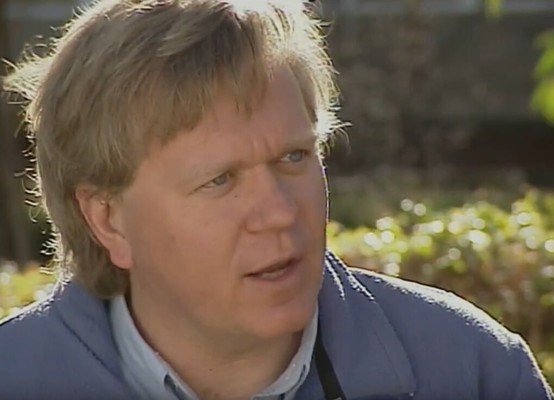 I was born in Missoula Montana in 1967 to my parents Dana and Donna Schmidt, who were both attending the University of Montana. My parents were young, and as I grew up, so did my parents. They were poor students without childcare resources, so I was included in every aspect of their lives, whether it be at home, work, parties, or vacation.

When my father had finished his PhD in Oregon in 1973 we returned to Montana, where I attended primary and middle school. In 1981 we moved up to Alaska, and here, at what I can only describe as a great High School, Bartlett, my own studies in science got underway. Unsure of what I wanted to do in life, I decided to do something I would be willing to do for free, Astronomy, and in 1985 left Alaska for the Tucson desert to attend the University of Arizona.

The social life at the University of Arizona was not really my scene, and instead I immersed myself in a heavy load of classes. Professor Tom Swihart took me under his wing and taught me the fundamentals of Astrophysics, while Professor John McGraw brought me into his group which was doing one of the first wide field astronomical surveys in Astronomy. With these two astronomers' support I was accepted into several good graduate schools, with my final decision made when Professor Robert (Bob) Kirshner of Harvard University visited Tucson. I liked his area of research, supernovae, and I cornered him and said if I could work with him, I would come to Harvard.

The moment I arrived at Harvard in 1989, I loved it. I loved the intellectual environment and the city of Boston. I decided to work on measuring distances with type II supernovae, something Bob was working on with a finishing student, Ron Eastman. Ron was a theorist, and we agreed we could make the most of his work by me concentrating on the observations, and combining them with his theoretical models. Within a year I had our first distances to supernovae, and I refined these over the course of my PhD. Along the way, in 1991, I traveled to Chile, and learned all about making accurate photometric measurements from Nick Suntzeff, Mark Phillips, and Mario Hamuy at Cerro Tololo. This visit also exposed me, for the first time, to the work that they were doing with type Ia supernova – and was the beginning of our affiliation which eventually led to the formation of the High-Z SN Search team in 1994.

In 1990, while at Harvard, I met my wife, Jennifer Gordon, who was working on a PhD in Economics. We enjoyed skiing, hiking, and general companionship, and got married in 1992. Jenny was on, among other things, a Fulbright Fellowship from Australia, and when she finished her PhD in July 2003, we had a hard decision of where to go next. We decided Jenny would take a temporary teaching job in Boston, and we would move to Australia within two years, with or without me having a job there. In early 1994, I was successful in getting a postdoctoral fellowship at Mt Stromlo, Australia, and during this time, we had our first child, Kieran, who was born in October 1994.

In my postdoctoral fellowship at the Harvard-Smithsonian Center for Astrophysics, I was trying to come to grips with what I wanted to do next in Astronomy. Saul Perlmutter's group had been working since 1988 to use Type Ia supernovae to measure cosmology, but I remained skeptical, and their progress had been slow. My attention switched in early 1994 to this research when Mario Hamuy visited from Cerro Tololo and showed that type Ia supernovae could be used to measure very accurate distances, and soon after Saul's group at Berkeley demonstrated that it was possible to find distant supernovae in large numbers. These two advances were the spark that led to Nick Suntzeff and I forming the High-Z SN search team in August 1994. We decided to compete against Saul's team, using our expertise in understanding and measuring supernovae as our competitive advantage. We got our first telescope time at Cerro Tololo as I arrived in Australia, in early 1995, and discovered SN 1995K – the most distant Type Ia supernova at that time. More supernovae followed and by the end of 1997 we had 15 objects and a big surprise. The Universe was not slowing down due to the presence of dark matter, as we had expected, but rather speeding up. Little did we know that Saul Perlmutter's group was also finding an accelerating Universe.

Since this discovery, I have worked to continue to improve our measurements of the cosmic acceleration – first through the High-Z team, and more recently, through the Essence Project (led by Christopher Stubbs). But I have also worked on exploding stars known as Gamma Ray Bursts, chased asteroids, and am now in the process of digitally mapping the entirety of the southern sky with a new telescope known as SkyMapper. While not undertaking Astronomy, I live with family on a 35 hectare farm just outside of Canberra, where you can often find me working in our vineyard or winery.