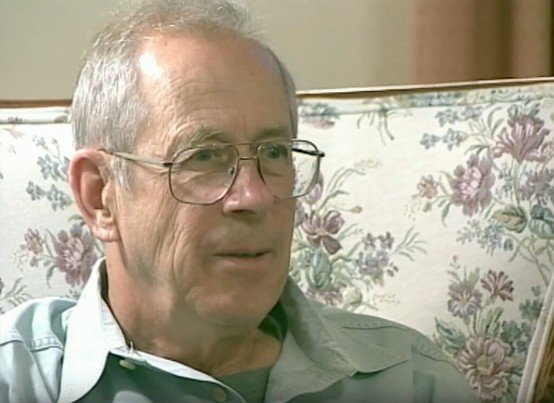 I have always been fascinated by how things work. My parents indulged me in my explorations, even when I was more successful at taking something apart than reassembling it. I do not remember being urged to concentrate on some possibly productive direction, and I think for me this was a good thing, because my career has a similar lack of concentration: in astrophysics one is led to consider processes ranging from subatomic physics to the expanding universe.

When I entered the University of Manitoba as an undergraduate I was not at all sure what academic subjects to study. I am indebted to the faculty there, and to my fellow students, for showing me that I love physics. It was wonderful to me then, and is wonderful to me now, to see how a relatively few simply prescribed laws of nature allow analysis of a spectacular variety of phenomena. Equally important to my life, our fellow students introduced me to my wife Alison.

When I entered Princeton University as a graduate student I thought I would like to study elementary particle physics. I suppose I could have found a career in this subject, but was fortunate to find work for which I am much better suited. I was inspired by Robert H Dicke. At the time he had turned from a distinguished career in quantum optics to the study of gravity physics. We had then an elegant theory of gravity, Einstein's general relativity, but little evidence that the theory is a good approximation to reality. One tests gravity physics through its effect in laboratory experiments, by observations of its effects on planets and stars, where the gravitational force is much larger, and by analyses of the large-scale structure of the universe - cosmology - where gravity is even more important. The breadth of explorations in all these areas of physics impressed and excited me.

When I started work on cosmology, in the early 1960s, I felt uneasy as well as excited, because the long extrapolation from well-established laboratory results to the physics of our expanding universe was supported by exceedingly limited empirical evidence. I remember thinking I might complete two or three projects in this subject and then move on to something less speculative. That never happened because each project led to ideas for others, in a flow that was too interesting to resist.

My first book on what we were learning, Physical Cosmology, was published in 1971. I meant the title to signify analyses that, through comparisons of theory and observation, might show us whether our thoughts about the physical nature of the universe are moving in the right direction. I was able to survey everything I considered relevant in less than 300 pages. This represents a still modest empirical basis, but large enough to make me feel less uneasy.

Many of the ideas that kept me occupied in the 1970s trace back to this book, and before that to the doctoral dissertation of my first graduate student, Jerry Tsang Yu, who is now Chief Information Officer at the City University of Hong Kong. Our programme was to find measures of the large-scale distribution of matter, analyze the theory of the evolution of these measures, and then seek promising signs of consistency. I spent considerable time analyzing data sets that had been too large to handle before we had high speed computers. The results, and analyses of their physical meaning, are summarized in my second, larger, book, The Large-Scale Structure of the Universe, in 1980. By now the empirical basis was large enough to make me feel reasonably sure we were thinking in the right direction. The basis is even more rich now, but a graduate student in cosmology today would recognize the theme and methods of the 1970s.

At this time we had become aware of the importance of dark matter. Work with my colleague Jerry Ostriker at Princeton explored the astronomical evidence for the existence of this new form of matter. Equally important, to my mind, is my work with Marc Davis that indicated that the amount of this dark matter is not likely to be large enough to agree with the simplest of all possible relativistic universes, in which gravity forever slows but never stops the expansion. The most reasonable way to understand that, to my mind, was to return to Einstein's old idea of a cosmological constant.

In the 1980s I began to feel uneasy again, now about the enthusiasm with which colleagues were accepting ideas I considered speculative. In particular, a case I had considered for a universe dominated by dark matter was quickly accepted by the now rapidly growing cosmology community, at least part because the analysis of its physical properties is particularly simple. Since simplicity of analysis did not seem to me to be a good argument for reality, I spent a lot of time offering alternatives to this case. Now, to my surprise, the simple case proves to fit tests that have become quite demanding. The elegance is marred, however: we need the cosmological constant, a term that makes no real sense within physics as we understand it.

I see a general lesson. It is remarkable, but clearly demonstrated, that the physical world operates by rules we can discover. The discovery is a continuing process of successive approximations. Some advances are in part anticipated by arguments from simplicity to elegance. Some advances are quite surprising. And the process is unendingly fascinating.