The 2005 Prize in
Life Science & Medicine

for his discoveries on calcium signalling in the regulation of cellular activity.

The Contribution / An Essay on the Prize

The discovery of calcium-mediated signalling pathways in the regulation of cellular function has truly revolutionized the fields of life science and medicine. The knowledge gained on how various factors increase calcium mobilization and how calcium controls cellular activity has widely expanded the areas of cell and molecular biology, and has led to the development of novel therapeutic strategies ranging from the treatment of heart disease to the improvement of learning and memory. These discoveries represent one of the most important cell signalling pathways in biology and have changed forever the way we think about prevention and treatment of disease.

Cellular communication occurs through chemical signals such as hormones, neurotransmitters and nitric oxide, which act via specific receptors or receptive molecules and are linked to diverse intracellular and extracellular signalling pathways. Berridge's major achievement was to discover one such pathway that is linked to the hydrolysis of inositol lipids. This signalling system liberates two key second messengers, namely, IP3 (inositol 1,4,5-trisphosphate) and DAG (diacylglycerol). IP3 was discovered by Berridge, who showed that it functioned to release calcium from internal stores. This IP3/Ca2+ signalling system is of fundamental importance in regulating diverse cellular processes such as muscle contraction, cell growth and differentiation, secretion, fertilization, synaptic plasticity and information processing. 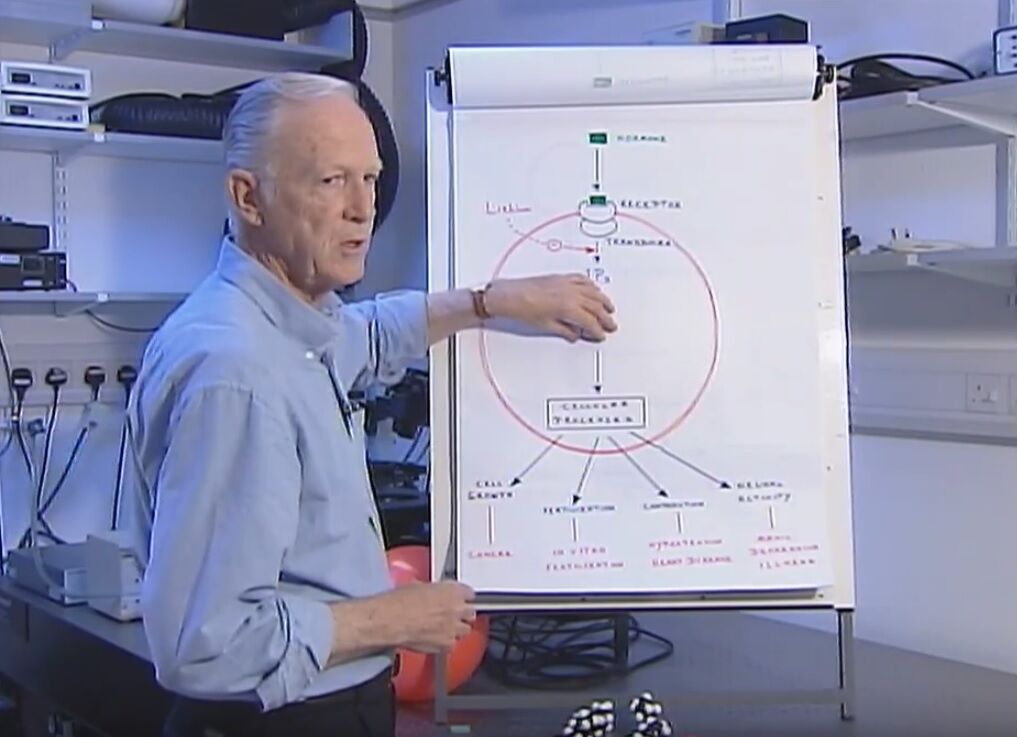 Michael Berridge, born 1938 is Honorary Professor of Cell Signalling at the University of Cambridge and was Deputy Chief Scientist at the Babraham Institute in Cambridge, UK, until 2003. He continues to contribute to the work of the Signalling Programme through his appointment as the Institute's first Emeritus Babraham Fellow.

Michael graduated from the University College of Rhodesia and Nyasaland, Rhodesia in 1960 with a BSc, First Class Honours and attained his PhD at the University of Cambridge, UK, in 1965.

He became a Fellow of Trinity College in 1972 and was elected a Fellow of The Royal Society in 1984. He is a foreign associate of the National Academy of Sciences (1999).

The Shaw Prize Lecture in Life Science and Medicine 2005

"Calcium Signalling in Health and Disease" by Sir Michael Berridge