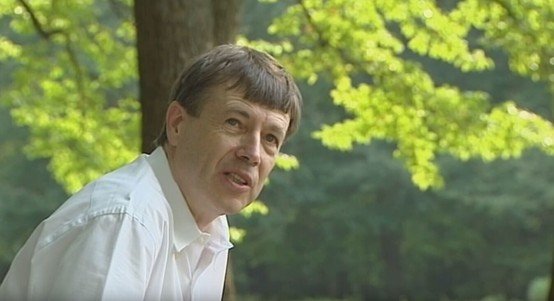 I was born in 1954 in Oostende (Belgium) from a family of medical doctors. My mother was a pediatrician and father a professor of physiology. This is where I completed elementary and high school until enrolling in 1971 at the Free University of Brussels as a student in mathematics. My interests in mathematics had started a few years earlier, perhaps mostly from browsing through calculus books we had at home.

Classes at the Free University were relatively small which allowed for more individualized attention than what happens at most larger institutions. I obtained the degree of  ‘Licentiaat’ in 1975 and started  working in areas such as descriptive set theory and functional analysis. In 1977 I got my PhD degree and a ‘Habilitation’ in 1979 for work on the structural theory of Banach Spaces and the relation between  their local and infinite dimensional properties.

From 1975 on (until 1984) I was fortunate to have a position at the Belgian science foundation, which allowed me to do research and travel without other duties. Frequent visits to French institutions (such as the Centre de mathématiques of the École Polytechnique) and Israel (Jerusalem and Tel Aviv) enlarged my professional contacts and interests. The year 1984 – 85 was particularly important for me.  I was a visiting member at the Institut des Hautes Études Scientifiques at Bures-sur-Yvette, participating in a  special year on high dimensional convexity.  In joint work with V Milman,  using these methods we resolved an old problem of K Mahler on the volume of convex bodies and their polar, proving a converse to Santalo’s inequality.  One of the original motivations lies in the geometry of numbers, but our work became later also important to theoretical computer science.

In 1985, I was appointed to the IHÉS faculty and the same year also started a half time position at the University of Illinois as J L Doob Professor. My research interests had evolved towards harmonic analysis, ergodic theory and partial differential equations; in France, there were active groups in Orsay, the IHP institute and the University of Paris 7. Besides my IHÉS colleagues, I enjoyed frequent discussions with people like M Herman and J-P Thouvenot.

Starting from the early nineties, I have spent a great deal of time working on various aspects of Hamiltonian evolution equations. Putting aside the integrable cases, which are special, the available conserved quantities may not suffice to establish solutions or can be inadequate to deal with important classes of initial data. They also do not shed much light on how the solutions behave for large time. By bringing into play methods from probability and smooth dynamical systems, further information can sometimes be obtained. In this context, I succeeded using my work on ‘Fourier restriction phenomena’ to establish a well-defined dynamics on the support of the Gibbs-measure, which plays the role of an invariant measure for the flow. Some special cases had been studied earlier by J Lebowitz and his collaborators and qualitative results in this direction had also been obtained by P Malliavin. But understanding the full extent to which Gibbs measures are a substitute for a conserved quantity, from a more classical perspective, was a challenge.

1994 is the year I joined the Institute for Advanced Study in Princeton as part of the faculty of the School of Mathematics. Scientific life there was (and is) particularly intense for me, due to the many seminars at the institute and also Princeton University and the exposure to an infinite stream of visiting members.  Initially, I continued working on differential equations and problems in mathematical physics, developing a theory of quasi-periodic solutions for evolution equations in higher dimension and contributing to the spectral theory of lattice Schrodinger operators modeling transport in inhomogenous media.

A few years after my arrival at IAS, we started a new direction at the institute, which is theoretical computer science. It became part of the math school.  At the start, no one could predict how exactly the interaction with the core mathematical activities would evolve in the longer run. In my view, it has been amazing. And I greatly benefited from it. One sample of this has to do with my earlier work in harmonic analysis of Euclidean space and the so-called ‘Kakeya-set’ problem, which plays a crucial role. Understanding the structure of 3-dimensional Kakeya sets (these are simply sets containing a line segment in every direction) turned out to have an unexpected realm of connections that have occupied me over the last decade. Among them are developments in the combinatorial aspects of finite fields (the so-called ‘sum-product’ phenomena), the theory of exponential sums, pseudo-randomness in computer science and the expansion properties of Cayley graphs of linear groups.

Collaboration and discussions with some of my colleagues in and outside the institute have been very important to me and I am very grateful to them.