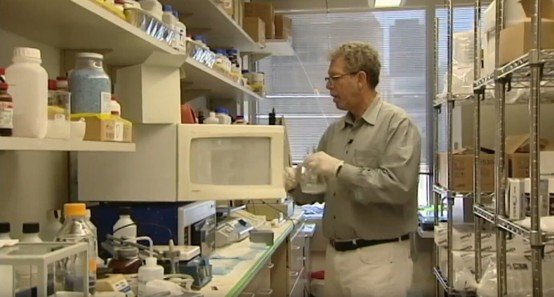 My laboratory identified leptin, a hormone that is produced by fat tissue. Leptin acts on the brain to modulate food intake and functions as an afferent signal in a feedback loop that regulates weight. My route to this hormone is filled with a number of chance events and turns of fate that were in no way predictable at the time that I started my career.

I grew up in the suburbs of New York City in a village where children had enormous freedom. I recall from an early age riding my bicycle everywhere without my parents, or anyone else for that matter, knowing my whereabouts. My father was a radiologist and my mother was a teacher. No one in my family or community had pursued an academic career and at the time I was completely unaware of the possibility that one could make a career in science. In my family, the highest level of achievement was to become a doctor and, despite my earliest dreams of a career as a professional athlete (made unlikely by a notable lack of talent) and a later wish to become a veterinarian, I became a doctor.

I was originally trained in internal medicine with some subspecialty training in gastroenterology. In medical school and as a medical resident, I participated in some modest research studies. The first piece of work I completed related to the effects of dietary salt on the regulation of blood pressure. After completing this project, I excitedly submitted a paper for publication. I remember one of the reviews verbatim: "This paper should not be published in the Journal of Clinical Investigation or anywhere else." Fortunately, one of my mentors in medical school still thought I might have some aptitude for research. He suggested that I go to The Rockefeller University to work in a basic science research laboratory. I joined the laboratory of Dr Mary-Jeanne Kreek to study the effects of endorphins in the development of narcotic addiction.

I was fascinated by the idea that endogenous molecules could alter behaviour and emotional state. At The Rockefeller University, I met another scientist, Bruce Schneider. Bruce was studying cholecystokinin (CCK), a peptide hormone that is secreted by intestinal cells. CCK aids digestion by stimulating the secretion of enzymes from the pancreas and bile from the gallbladder. CCK had also been found in neurons of the brain, although its function there was less clear. In the late 1970s, it was shown that injections of CCK reduce food intake. This finding appealed to me as another example of how a single molecule can change behavior. One other fact also piqued my interest: There were indications that the levels of CCK were decreased in a genetically obese ob/ob mouse. These mutant mice are massively obese as a consequence of a defect in a single gene. The mice eat excessively and weigh 3 to 5 times as much as normal mice. It was thus hypothesized that CCK functions as an endogenous appetite suppressant and that a deficiency of CCK caused the obesity evident in ob/ob mice. Fascinated by this possibility, I set out to establish the possible role of CCK in the pathogenesis of obesity in these animals. To do this I was going to need additional training in basic research, so I abandoned my plans to continue medical training in gastroenterology and instead entered the PhD program at The Rockefeller University.

As a PhD student I worked in the laboratory of Jim Darnell, studying the regulation of gene expression in liver, and learning the basic tools of molecular biology. But I carried my interest in the ob/ob gene with me. At the end of my graduate studies, two colleagues and I successfully isolated the CCK gene from mouse. One of the first studies we performed after isolating the gene was to determine its chromosomal position. We found that the CCK gene was not on chromosome 6, where the ob mutation had been localized, which thus excluded defective CCK as the cause of the obesity. The question thus remained: What is the nature of the defective gene in ob/ob mice?

After receiving my PhD in 1986, I became an assistant professor at The Rockefeller University and set out to answer this question. The culmination of what proved to be an 8-year odyssey was the identification of the ob gene in 1994. We now know that the ob gene encodes the hormone leptin. The discovery of this hormone, a singular event in my life, was absolutely exhilarating. The realization that nature had happened upon such a simple and elegant solution for regulating weight was the closest thing I have ever had to a religious experience. Subsequent studies revealed that injections of leptin dramatically decrease the food intake of mice and other mammals. My current studies now focus on several questions, including the one that originally aroused my interest in this mutation: How is it that a single molecule – leptin – profoundly influences feeding behavior? An esteemed colleague of mine remarked recently that I had searched for the ob gene primarily so that I could approach the question I had started with. It is as yet unclear whether I will succeed in understanding how a single molecule can influence a complex behaviour.