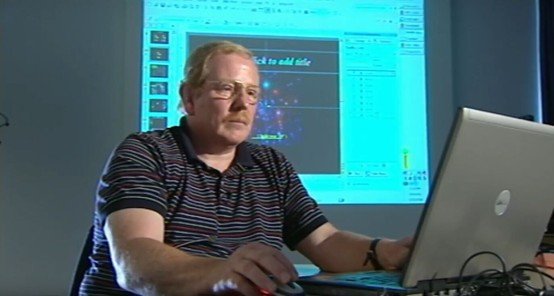 I was born near Frankfurt, Germany in 1952 where I also attended the first school years. I went to high school in Freiburg at a ‘humanistic gymnasium', featuring 9 years of Latin and Greek. Perhaps as a result I have enjoyed a lifetime interest in history and archaeology. My father was a well-known experimental solid-state physicist and I learned most of my early physics from him. I will always treasure how he showed me (age 16) how to build a pretty good spectrometer from its basic optical components. These early experiences instilled in me the desire to become an experimental physicist. To maintain balance in my life I spent a lot of my time doing intense sports. To this day I am proud of having been one of Germany's best young javelin throwers, as well as being on my school's handball team. I even made it into the national German, junior track and field team training for the 1972 Munich Olympics. I still feel compelled to do some daily workout activity and I regularly go on mountain hikes.

Following the general physics education at the Universities in Freiburg and Bonn (1970-1974), I began my astronomy career as a thesis student at the then newly founded Max-Planck Institute for Radio Astronomy (MPIfR) in Bonn (under Peter Mezger). At that time the MPIfR started to put into operation the 100m telescope in Effelsberg, a fantastic opportunity for a young student. I was particularly fascinated by the emerging field of molecular spectroscopy. Working in close collaboration with Dennis Downes, my PhD thesis work (1976-78) was on the phenomenon of interstellar water vapour masers, which then led seamlessly to postdoctoral work at the Harvard-Smithsonian Centre for Astrophysics (with James Moran). In 1980 I was offered the unique opportunity to change fields and join the group of Charles Townes at the University of California, Berkeley (UCB). Townes, Nobel Laureate for the invention of the Maser and Laser, and his group were carrying out ground-breaking experimental astrophysics work in the infrared, which fascinated me enormously. Life in the next six years at Berkeley was intense and exciting. I was trying to combine physics teaching (as associate professor in physics), with research in infrared spectroscopy, developing new instruments, working with my first graduate students, hunting for grants and finding time for the family.

At that time, my family was also developing. In 1976, I married Orsolya Boroviczény. She had studied medicine in Germany and then carried out her paediatrics residency in Boston and Oakland. Our older daughter, Daria, was born in Boston in 1979 and the younger one, Lisa, in Berkeley in 1983. California and Berkeley became more than a temporary residence. Even after returning to Germany in 1987 the family considered Berkeley our real home; that sentiment being an important factor in my taking on a commitment as part-time professor in the UCB Physics department in 1999.

In 1986 I became a director at the Max-Planck Institute for Extraterrestrial Physics (MPE) in Garching, near Munich. At the time, I was quite unsure whether returning to Germany was the best choice. Berkeley was wonderful, Europe looked pretty un-dynamic. However, I never regretted it. The older I get the more I am grateful to the Max-Planck Society (MPG) for providing such an absolutely wonderful opportunity to pursue basic research at a top level with so few strings attached. Outside the MPG, our research programme in the last twenty years, including the work for which I am being honoured by the Shaw Prize, would not have been possible.

My interest in the question of whether the Galactic nucleus harbours a black hole goes back to the Berkeley period. Townes and his group (including myself) had concluded from the motions of interstellar gas in the vicinity of the compact central radio source SgrA* that there was a non-stellar central mass concentration of about four million solar masses, most likely in the form of a massive black hole. Few others were persuaded by the evidence, however.

At MPE we made the quest for the black hole in the Galactic Center one of our central research themes, others being studies of active galactic nuclei and of the evolution of galaxies in the early Universe. To exclude other possible explanations of the mass concentration we needed to make dynamical measurements much closer to SgrA*. For this purpose, we developed a series of ever more powerful instruments exploiting high resolution imaging and spectroscopy in the near-infrared, including the novel technique of adaptive optics. We used these instruments for increasingly more precise observations of the motions of stars in the vicinity of SgrA*, initially (starting 1991) at the 3.5m New Technology Telescope and since 2002, at the 8m Very Large Telescope (VLT) of the European Southern Observatory (ESO). The excellent collaboration with ESO was one of the cornerstones for our success, for which I am very grateful. ESO and the VLT are an exemplary success story of European cooperation. Another key element was the ingenuity, dedication and outstanding capabilities of the members of our entire MPE team. I would like to mention especially Andreas Eckart, Frank Eisenhauer, Dieter Lutz, Albrecht Poglitsch and Linda Tacconi.

From the stellar dynamics evidence, in conjunction with very long baseline radio interferometry observations of SgrA* by Mark Reid and others, we can now conclude, after almost twenty years of research, that the central mass of four million solar masses must indeed be a massive black hole, beyond any reasonable doubt. A second team led by Andrea Ghez at UCLA carried out similar observations with the Keck telescope on Mauna Kea and independently came to exactly the same conclusions. Nature was good to us and our perseverance paid off! Considering the Galactic Center a laboratory for studying phenomena that are occurring also in most other galactic nuclei, this result takes on a broader relevance. It is now widely believed that the dark mass concentrations found in many galaxies, including the spectacular quasars, probably are all massive black holes accreting gas in various amounts. The formation and evolution of massive black holes and of their host galaxies appear to be intimately connected. Their symbiotic relationship started when the Universe was less than 1 billion years old.

It has been a privilege for me to be able to actively contribute in a little way to this remarkable and completely unexpected story. It has been (and continues to be) a lot of fun!