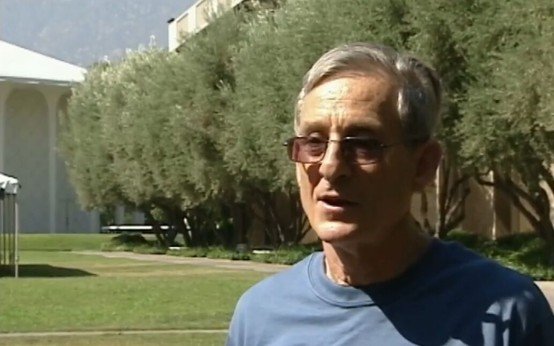 I am a general purpose astrophysicist. My goal is to understand natural phenomena revealed by astronomical observations. When a discovery piques my interest, I try to find the physical mechanism that underlies it. Often I devise a simple model, one that I can analyze to see if it captures critical aspects of the phenomenon. Typically, astronomical observations offer an incomplete picture, so this step involves inspired guesswork. After a while, if I don't succeed, which is the most frequent outcome, I'll go on to something else, while remaining vigilant to clues that new observations may offer. If I feel that I've made significant progress, I'll report the results in a paper.

My father came to the US from Hungary, and my mother's parents from Lithuania. My parents were the first members of their families to be educated beyond grade school. They benefitted from free education at the City College of New York and became biology teachers in New York City high schools.

I was born in 1939 in New York City. Through high school, I was an indifferent student, more interested in playing sports than in schoolwork. As an undergraduate at Cornell University, I discovered that physics and mathematics were more interesting than sports. Although it took some time, I also concluded that my future would be better served by focusing on academic work. However, I still enjoy intense exercise, and do some almost every day. An important event in my life occurred the summer after I completed high school. My parents took me along when they attended a summer school at the University of Colorado. This was the first time I had ventured outside the east coast of the US. Of even greater significance, it was in Boulder, Colorado that I met my future wife, Susan Kroll. We married four years later just as I was graduating from Cornell and have been together ever since. Our two boys, Eric and Dan, were born in 1963 and 1965.

At the end of my junior year at Cornell, I encountered Tommy Gold. He had recently arrived from Harvard to head the astronomy department. Tommy offered me a summer job, and later convinced me to stay at Cornell for graduate study. Part of the inducement included a nice apartment on the top floor of his beautiful house. My interactions with Tommy had an enormous influence in shaping my scientific career. Until the time I began to write my thesis, my firm intent was to become a theoretical particle physicist. However, in conversations with Tommy, I was exposed to many fascinating astronomical puzzles. In later years, my choice of research topics continued to be influenced by what I had heard about from him. In my scientific life, I have followed Tommy's example and tried to think broadly about science. I owe him a debt of gratitude for showing me the way.

After completing my PhD in January 1963, I was appointed an instructor at Cornell and taught a graduate course in astronomy. I then went on to Cambridge University to do a postdoc with Fred Hoyle, but ended up working with Donald Lynden-Bell. This was a fruitful collaboration and resulted in our discovery of what was later named the 'swing amplifier' of spiral density waves by Alar Toomre, who independently discovered the same mechanism with his student, Bill Julian.

I returned to the US in the fall of 1964 to take up a faculty position at UCLA. My most interesting work at UCLA was done in collaboration with Stan Peale, and involved explaining how the planet Mercury came to be rotating exactly 3 times for every 2 orbits it makes about the sun.

In 1966, I accepted a professorship at Caltech where I remained for the next 36 years. Caltech was a wonderful place for me. It's small, blessed with excellent students and faculty, and an administration committed to enabling the faculty to do great things. Private funds are invested in scientific projects, not only in endowment. Strong connections cut across conventional departments, the most significant for me being those between physics and astronomy. Most of the projects I've worked on were stimulated by what I learned while teaching or talking with colleagues at Caltech. While at Caltech, I obtained a broad education in astronomy, planetary science, and physics, principally by teaching classes composed of excellent students.

I retired from Caltech in 2002 in order to have more time for my research. Since then I have been spending the academic year in Princeton working at the Institute for Advanced Study (IAS) where I am a professor in the School of Natural Sciences. Aside from my own research, my main duty is interacting with their excellent group of astrophysics postdocs. I return to Pasadena and Caltech each summer.