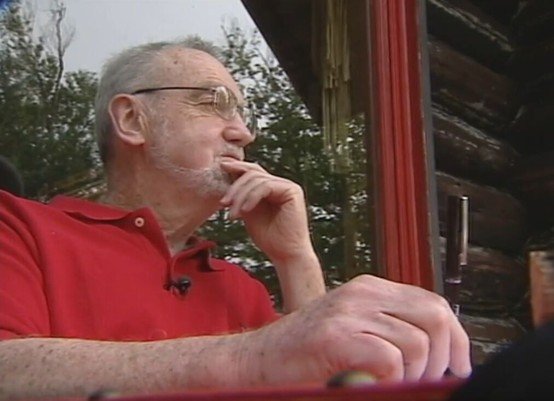 I was born on October 6, 1936 in New Westminster, British Columbia, Canada to Kathleen Johanna (née Phelan) Langlands and to Robert Langlands. In 1956 I married to Charlotte Lorraine Cheverie. We have four children, William, Sarah, Robert and Thomasin, and several grandchildren.

I received my elementary and high-school education in New Westminster and in White Rock, a nearby settlement. I then took a bachelor's degree and a master's degree from the University of British Columbia in Canada, and in 1960 a PhD from Yale University in New Haven, Connecticut.

In the succeeding years, from 1960 to 1972 I held positions at Princeton University, Yale University, and for one-year periods at the Institute for Advanced Study in Princeton, at the University of California in Berkeley, at the Orta Do?u gu Teknik üniversitesi in Ankara, Turkey and at the Universit?t Bonn in Germany. Since 1972 I have been attached as professor to the Institute for Advanced Study in Princeton, but after June of this year (2007) I will be professor emeritus. During my time at the Institute I have spent brief periods, from a few months to a year, at the Centre de recherches mathématiques in Montréal, at the Universit?t Bonn and several other institutes in Germany, especially Berlin and Heidelberg, and at several institutes and universities in France. There has also been a long visit to the Tata Institute of Fundamental Research in Mumbai as well as several short visits to Turkey, especially to Yildiz üniversitesi in Istanbul.

Although my thesis was in functional analysis and partial differential equations (see the book Elliptic operators and Lie groups by Derek Robinson), my interest turned quickly, partly under the influence of a course by Steven Gaal at Yale, to the ideas of Hecke and Selberg, thus to zeta-functions and, effectively, to the theory of Eisenstein series. This interest, as well as a nascent interest in class field theory that began in Princeton, was further encouraged by Salomon Bochner. Atle Selberg had developed for SL(2, Z) ? SL(2, R) and for some other discrete subgroups of rank one the theory of Eisenstein series, but he was not able to extend the theory to discrete subgroups of higher rank. It was created, I think it is fair to say, by me in the early sixties. I was of course aware of Selberg's methods, as well as the general reduction theory recently developed by Borel and Harish-Chandra, and of the general concept of cusp form introduced by Israel Gelfand. The new difficulties in higher rank arise largely because there the theory is a spectral theory for several commuting unbounded operators. It has not yet been well understood by analysts, but in addition to my own exposition of the theory, there is an excellent book by Moeglin and Waldspurger. There is also an early exposition by Harish-Chandra, who after Bochner was the mathematician responsible for the first recognition of my efforts, but Harish-Chandra's exposition stopped short of the higher-dimensional theory, which is an essential element of the trace formula, created first for SL(2) by Selberg and developed in general by Arthur, a development that itself is still largely neglected by analysts and little understood, except by a very small number of specialists. It is, in my view, now central to the analytic theory of automorphic forms and therefore to the arithmetic as well.

The general theory of Eisenstein series led to a much better understanding of the kinds of L-functions that could be attached to automorphic forms, and then to the notion of functoriality, still today in large part conjectural but with some cases of unexpected importance proved. These conjectures, inspired also in part by Artin's reciprocity law and with the analytic continuation of all the Artin L-functions as immediate consequences, are perhaps my major contribution. They were followed in the two decades after their discovery by various researches, meant to permit the detailed formulation of the conjectures and their consequences, to establish links to the L-functions of arithmetic, beyond those of Artin, and to develop methods for their proof, my favoured tool being the trace formula and Shimura varieties the principal example. I continue to reflect on these matters, very much encouraged by the recent work of Laumon and Ngo, itself influenced by earlier work of Kottwitz, Goresky and MacPherson, on the fundamental lemma. There is much left to do.

It was a great pleasure for me, but also a great surprise, when Wiles incorporated some of the work on functoriality and, thus, the trace formula into the proof of Fermat's theorem as an essential ingredient.

In addition to the theory of automorphic forms, I have also, in part with Yvan Saint-Aubin and other collaborators, studied various aspects of mathematical physics. Here, even more than elsewhere, I fell far short of my goals, but I am assured that the numerical work on percolation and crossing probabilities influenced the important work of Smirnov on conformal invariance and of Schramm on the SLE-theory. I am very pleased by this, and very fortunate, but I would nevertheless very much like to be able to discover some genuine mathematical handle on the analysis of renormalization.